You are here: Home / Search for "Samson Gomoll"

A judge has sentenced Samson Gomoll to life in prison for killing his girlfriend. Gomoll was convicted of first-degree intentional homicide after shooting and killing Stacey Strange during an argument on September 20 at the Oshkosh apartment the two shared.

A witness said Gomoll shot Strange 4 or 5 times with a handgun.

Winnebago County Judge Scott Woldt ruled that Gomoll will first be eligible for parole in 32 years.

Jurors came to a quick verdict Tuesday in an Oshkosh murder trial. It didn’t take the jury much to decide that 30-year-old Samson Gomoll killed his girlfriend last December. Forty-two-year-old Stacey Strange was found dead in the upper-level apartment they shared.

Gomoll’s trial got underway Monday morning, and he took the stand to claim that he shot Strange in self-defense.

The jury found Gomoll guilty of first-degree intentional homicide. The conviction carries an automatic life prison sentence. A Winnebago County judge will decide whether Gomoll should ever be eligible for parole. 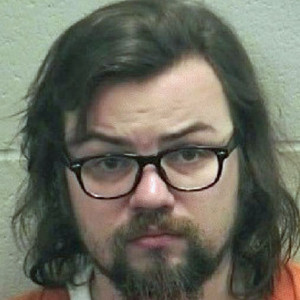 A 30-year-old Oshkosh man police say killed a woman he was living with remains in custody at the Winnebago County Jail on a $1 million cash bond. Samson Gomoll is facing a count of first-degree intentional homicide with a domestic abuse modifier in the death of 42-year-old Stacey Strange.

According to the criminal complaint, a woman gave Strange a ride home around 1 a.m. Sunday. Strange asked the woman to come inside with her because she was afraid of what Gomoll would do after the couple had been arguing. The witness told police Gomoll accused Strange or her son of taking a magazine for his AK-47 rifle. Strange found the magazine to show that it was not missing.

Gomoll then told Strange to leave, but she replied by saying he was the one who should go since it was her apartment. At that point, the witness said Gomoll pulled a handgun from under a pillow on the couch and shot Strange 4 or 5 times.

Gomoll then allegedly turned the gun on the witness and told her to leave. She ran out of the apartment and told her boyfriend to call 911. Police located Gomoll around 11:45 a.m. Investigators recoved a .45-caliber handgun and shell casings from the shooting scene.