You are here: Home / Search for "index.cfm"

Combining a $900 billion coronavirus relief plan with $1.4 trillion to fund the federal government through the end of next September, the package passed with overwhelming majorities and is expected to be

In the U.S. Senate, Republican Ron Johnson was one of only six no votes.

In the House, Wisconsin Republicans Tom Tiffany, Bryan Steil, Mike Gallagher, Glenn Grothman and Jim Sensenbrenner were among the 53 Republicans voting no.

Wisconsin’s U.S. Senators reacted Friday to the indictments of Russian intelligence officers, for interfering in the 2016 election.

Analysis | Who has been charged in Russia probe and why https://t.co/rAOeGZCr5J

In a statement, Democrat Tammy Baldwin said Russia attacked American democracy to interfere with elections, and that the Special Counsel’s investigation “is not a witch hunt.”

Russia attacked our American democracy to interfere with our elections. This isn’t a hoax and the Special Counsel’s investigation is not a witch hunt. It has produced results w/ more indictments today and must continue. Putin directed this attack and should be held accountable.

Republican Ron Johnson said Congress was assured by the Obama administration that safeguards would protect U.S. elections from Russian election meddling, and that any foreign interference “is unacceptable.” Johnson said that “issue was raised repeatedly” during a congressional delegation’s recent visit to Russia.

Republican U.S. Sen. Ron Johnson (R-WI) called it a “daunting task” to replace the late Justice Antonin Scalia on the court, who he described as a man of “unwavering devotion to freedom and the rule of law.” Johnson said in a statement that “it appears that Judge Gorsuch has a similar fidelity to the Constitution and integrity to apply the law as a judge, not a superlegislator. I’m looking forward to meeting Judge Gorsuch and supporting his nomination.”

Democratic U.S. Sen. Tammy Baldwin (D-WI) called the nomination another sign that Trump is pursuing a “go it alone approach of extremism,” with a nominee that shows he’s intent on creating more division for the country. “Instead of putting forward a mainstream nominee for the vacant Supreme Court seat, he has offered someone who will have a hard time earning bipartisan support,” she said in a statement.

“The importance of the Supreme Court and the decisions they make have a profound effect on the daily lives of all Americans so I will do my job to fully review Judge Gorsuch’s record. I also look forward to meeting with him because I have a number of concerns and questions about his deeply troubling record, particularly his rulings against disabled students, against workers, and against women’s reproductive health care,” Baldwin said.

Baldwin argued Americans deserve an independent Supreme Court Justice, who works to protect the interests and rights of all citizens.

Gorsuch’s nomination will require confirmation by the U.S. Senate. 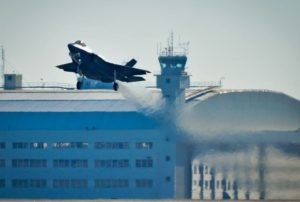 The United States Air Force has announced that the Wisconsin Air National Guard’s Madison-based 115th Fighter Wing has been selected as one of five candidate bases for further evaluation to receive the Air Force’s F-35A Lightning II.

“Earlier this year the Air Force announced that there were going to be 18 bases considered for the F-35,” said Major Kristin Boustany, public affairs officer at Truax Field, where the 115th currently operates the F-16 Fighting Falcon. “With today’s announcement that list has been narrowed down to 5 candidates with Truax Air National Guard Base being one of them.”

“Truax Field in Madison and Volk Combat Readiness Training Center in Camp Douglas possess premier tactical training capabilities necessary for our nation’s most advanced fighter jets to maintain mission readiness to serve the American people,” Wisconsin’s Adjutant General Major General Donald Dunbar said. “We look forward to working with the Air Force as they move forward to make their final decision.”
The Air Force will conduct further assessments of the candidate bases to select the next two Air National Guard F-35A locations which will serve as hosts for an F-35A operational mission. “The preferred and reasonable alternatives are excpected to be selected in Spring of 2017,” Boustany said.

The 115th has operated from Truax Field continuously since 1972.

The F-35 program is the most expensive weapons system ever developed and it has been subject to criticism over its design and cost — which is currently at around $85 million per aircraft. In addition to the U.S. Air Force, the F-35 is scheduled for adoption by the U.S. Marine Corps and U.S. and British navies. 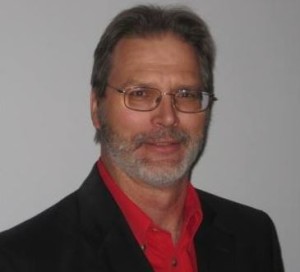 Myron Buchholz of Eau Claire says he’s worried about growing poverty rates in the Third Congressional District and statewide, which are highlighted in the number of children who now qualify for free or reduced-priced lunches. Buchholz says he’s watched as rates in the district where he started teaching in 1997 grew from about seven percent to nearly 30 percent by the time he retired in 2015. He says the issue is growing worse state wide, where Wisconsin is “approaching 50 percent of our public school population statewide not being able to pay full price for an already subsidized lunch.”

Buchholz puts much of the blame for that on U.S. trade agreements, which he argues have failed to deliver on their promised economic benefits for working Americans. “The prosperity that we were promised from trade agreements is simply not being realized by the poor and the working class,” he argues.

Buchholz sees defeating the Trans Pacific Partnership, which Kind has signaled support for, as a primary focus of his campaign. “Everybody I talk to, and everybody that I talk to, and every group that I belong to…makes a very clear and convincing argument that this is worse than NAFTA,” he says.

Kind’s campaign did not respond to a message seeking comment on Buchholz’s primary challenge. 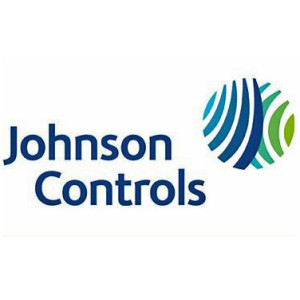 The decision by a Wisconsin-based company to move its headquarters to Europe in order to save on taxes is drawing responses from politicians, including Democrat presidential candidate Bernie Sanders.

In an email Monday to Bloomberg News, the Vermont senator said a potential merger between Johnson Controls and Tyco International “would be a disaster for American taxpayers.”

The Glendale-based commercial heating-and-cooling firm announced Monday that it would acquire Tyco International of Ireland. Johnson Controls executives would remain in Glendale, but the headquarters for the merged company would be moved to the city of Cork in the Republic of Ireland, where Tyco has been incorporated since 2014.

Ireland is a popular destination for U.S. companies seeking new tax domiciles, and the move is expected to save Johnson Controls $150 million in taxes annually. Such moves through acquisition are known as “inversion.”

“Profitable companies that have received corporate welfare from American taxpayers should not be allowed to renounce their U.S. citizenship to avoid paying U.S. taxes,” Sanders said.

Wisconsin Senator Ron Johnson said he was “disappointed, but not surprised,” by the decision. “Ireland’s top corporate tax rate is 12.5%. The top U.S. corporate rate is 35%. That’s the developed world’s highest rate, and Washington levies it even on income that companies earn in other countries. By making Ireland its tax home, Johnson Controls will still pay U.S. and Wisconsin taxes on profits it earns in America, but its overseas earnings will be subject to the far more competitive Irish tax law.”

Wisconsin’s gray wolves would return to state control, under a bill endorsed by a U.S. Senate committee. The Senate Environment and Public Works Committee on Wednesday approved an amendment to a bill that orders wolves to be removed from federal Endangered Species Act protections in Minnesota, Wisconsin, Michigan and Wyoming.

The panel voted to request that the full Senate to add its proposal to a larger sportsmen’s act, after a similar effort to add the provision to a budget package was rejected.

The action would nullify a federal judge’s ruling from late 2014 that returned wolves from in the four states to the federal endangered species list. The panel’s amendment would prohibit courts from making future interventions in the four states.

The House has passed a similar measure, and a conference committee would have to pass a final compromise that’s acceptable to President Obama. 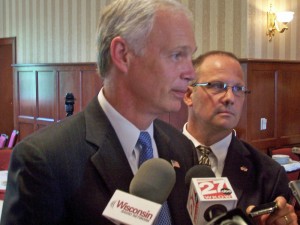 Democrats in the U.S. Senate this week blocked Republican efforts to restrict federal funding to sanctuary cities. Wisconsin Republican, Senator Ron Johnson, was a cosponsor of the Stop Sanctuary Policies and Protect Americans Act. “Republicans voted for the bill, and Democrats prevented us from actually even getting on the floor for further debate,” Johnson said.

The bill failed Tuesday on a 54-45 vote. It needed 60 to advance. “We couldn’t even get a motion to proceed, to put it on the floor to have thoughtful debate and get this thing passed,” Johnson said.

Johnson chairs the Homeland Security and Governmental Affairs Committee, where an official from U.S. Immigration and Customs Enforcement (ICE) testified that the agency was unable to deport the man who went on to kill Kate Steinle, because San Francisco did not honor the ICE detainer. Steinle’s killer had already been deported five times. San Francisco is one of several sanctuary cities that do not cooperate with the enforcement of federal immigration laws, or honor federal immigration detainers.

Johnson said the blocked legislation was “pretty simple,” and would have made it costly for these cities to break the law. “It’s holding something over their head and saying, listen, if you continue to blatantly disregard the law, not honor these detainers, yet not turn criminals over to federal law enforcement officials, you’re not going to get some of this federal funding,” he said. 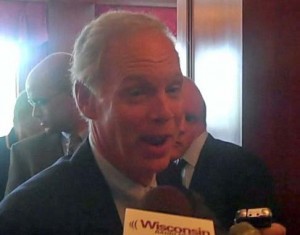 A federal appeals court has upheld a lower court’s rejection of U.S. Senator Ron Johnson’s Obamacare challenge. Tuesday’s unanimous opinion from the 7th U.S. Circuit Court of Appeals in Chicago agreed with last July’s ruling by a U.S. District Judge in Green Bay, who said that Johnson and an aide lacked legal standing to bring the case because they had not shown any personal harm from the adoption of executive rules which implemented the Affordable Car Act.

The Wisconsin Republican was challenging a requirement that lawmakers and their staff members use the ObamaCare exchanges to get their tax-subsidized health insurance, arguing that those rules forced him to treat his staff differently than his constituents.

“For the second time, my attempt to restore the constitutional balance between the executive and legislative co-equal branches of government has been stymied by the courts,” Johnson said. “With this decision today, another executive action by the administration will go unchallenged, all based on the legal technicality of standing.”

Johnson said he and his legal team will review the decision prior to determining their next step.

Wisconsin’s two US Senators remain divided on whether to allow the proposed Keystone XL oil pipeline to move forward. The two lawmakers were on opposite sides of Thursday 62-36 vote in the Senate.

Republican Senator Ron Johnson (R-WI), who voted with the majority, said “the pipeline is part of ensuring that the private sector’s success in finding new sources of energy in North America will continue.”

He also noted that President Obama’s own State Department found the Keystone to be the most environmentally-friendly method of moving Canadian oil, so there’s no good reason for to keep blocking the project.

Senator Tammy Baldwin (D-WI) was among Democrats who pushed for several amendments to the bill, which were ultimately rejected. In a statement, she said “Republicans rejected efforts I supported to ease this burden and ensure the American economy and consumers would benefit from the pipeline if it were built, while protecting our communities from dirty tar sands oil.”

Baldwin also argued that a decision on the pipeline should come from the Obama administration, and she urged the president to act “without further delay.”