You are here: Home / Search for "richie vue" 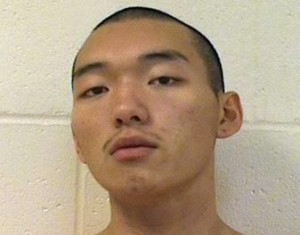 A Minnesota man has been identified as the suspect, as police released more information into a weekend shooting that left a Weston woman dead. Everest Metro Police are referring charges of homicide, felon in possession, carrying a concealed weapon, operating a vehicle without consent, and receiving stolen property, against 21 year-old Richie Vue of Saint Paul. Vue was captured about 6 hours after the call first went out that shots had been fired in a Weston apartment complex.

Officers were called around 8 p.m. Saturday to the 5100 block of Aspen Street. When they arrived, they found 20-year-old Lee Xiong dead in the apartment. Everest Metro captain Clay Schultz said they can’t call this case a domestic violence incident. “That requires official things in place, but we can say that this was a boyfriend/girlfriend relationship”

The attack came in a family apartment, and there was a 14 year-old female witness, inside the apartment at the time, made the initial calls to police. Xiong died of a single gunshot wound. An autopsy was performed Sunday in Madison, but final results will take several weeks.

Vue fled the scene and headed to Clark County, where deputies found him on a dead-end road and arrested him without incident. Vue had two handguns with him at the time of his arrest, and was driving a truck stolen from a Wausau car dealership last month.

A Minnesota man charged with murdering his girlfriend in Weston on October 13th has entered a not guilty plea. Attorneys for 21 year-old Richi Vue asked for more time for motions at his arraignment Thursday, including a motion to suppress statements he made to the police at the time of his arrest.

Vue, who’s from St. Paul, is accused of shooting 20 year-old Lee Xiong in a Weston apartment. Reports in the criminal complaint state that Vue and Xiong were dealing methamphetamine out of the apartment, and that a dispute over a drug deal lead to the shooting.

The attack came in a family apartment, and a 14 year old girl witnessed the shooting. She was the one to make the initial calls to police to start the investigation. Vue remains in jail on a million dollars bond.